For the first time in history

we are combining two transformative medicines! 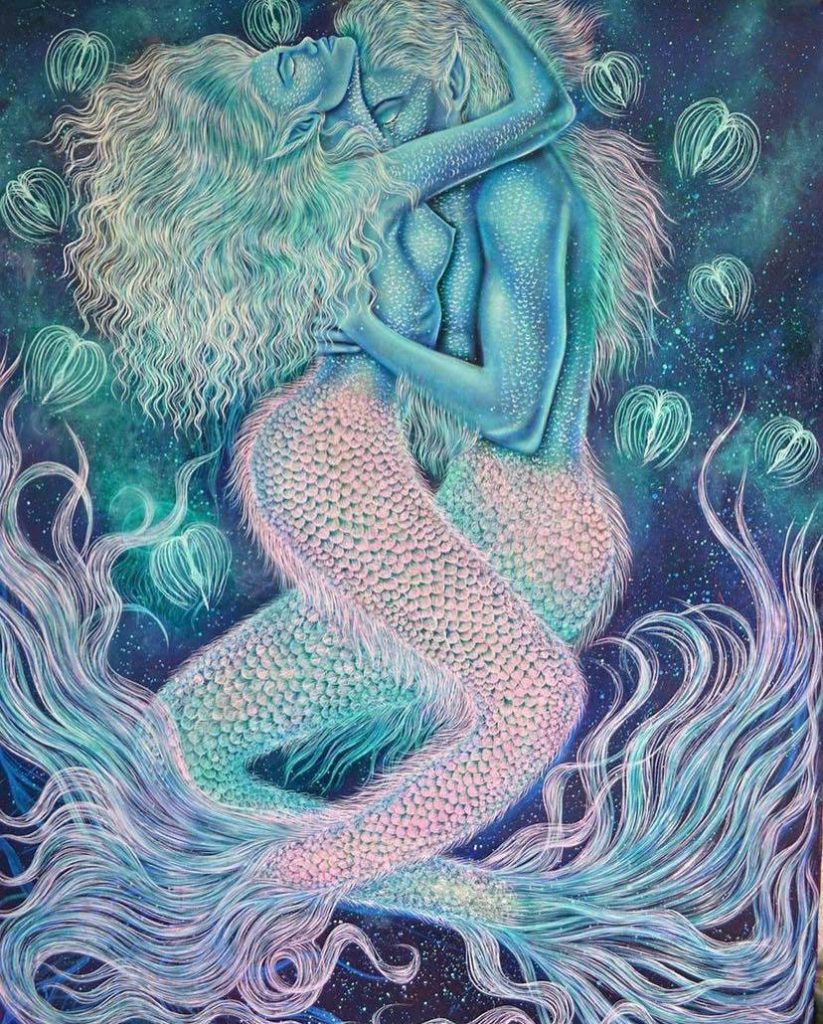 Immerse yourself in the beautiful lagoon of seven colors and enjoy the magical world of cenotes, ancient stromatolite caves in Bacalar, Mexico. Experience yourself in a whole new way by releasing old traumas through water therapy and reclaim your inner creativity through sacred sexuality. 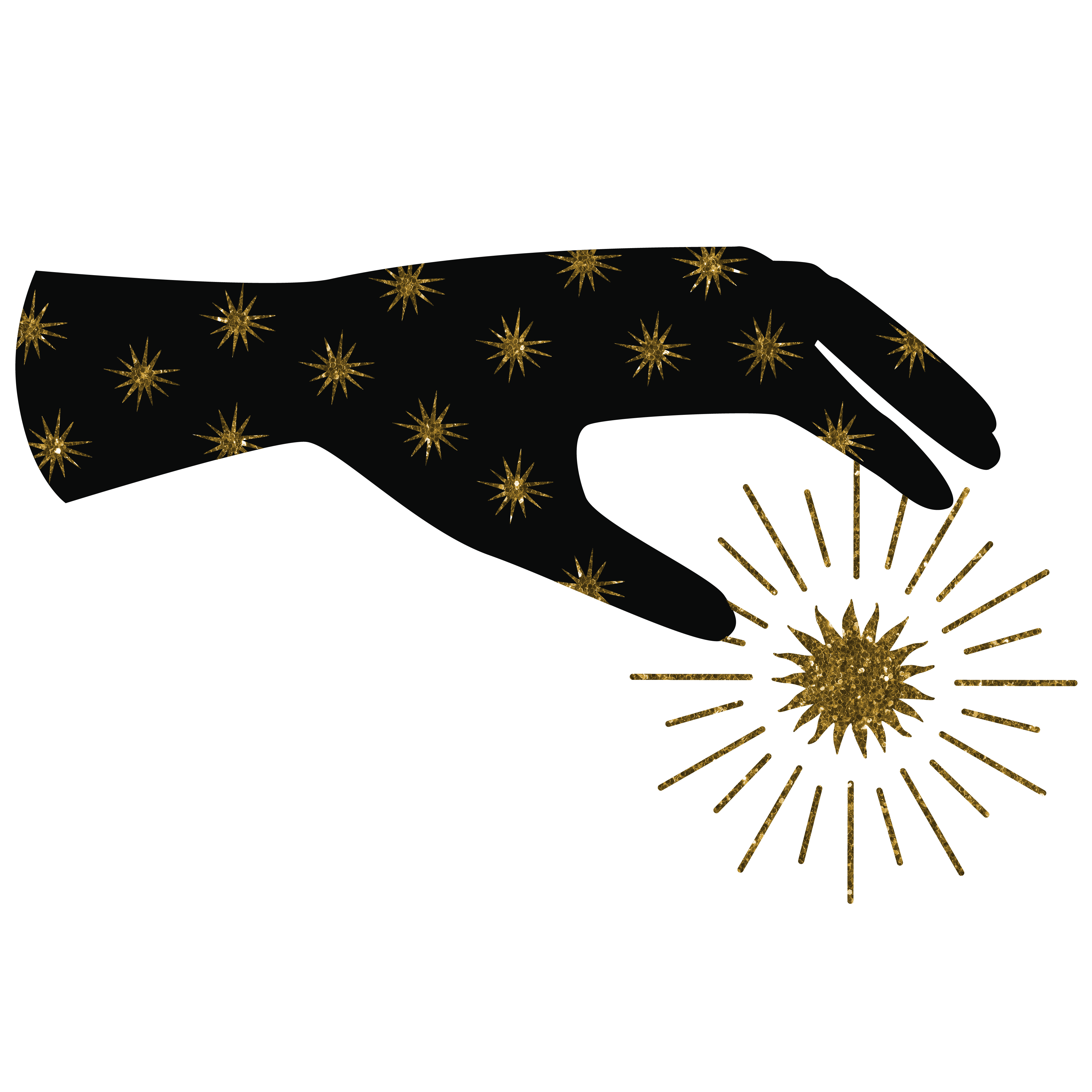 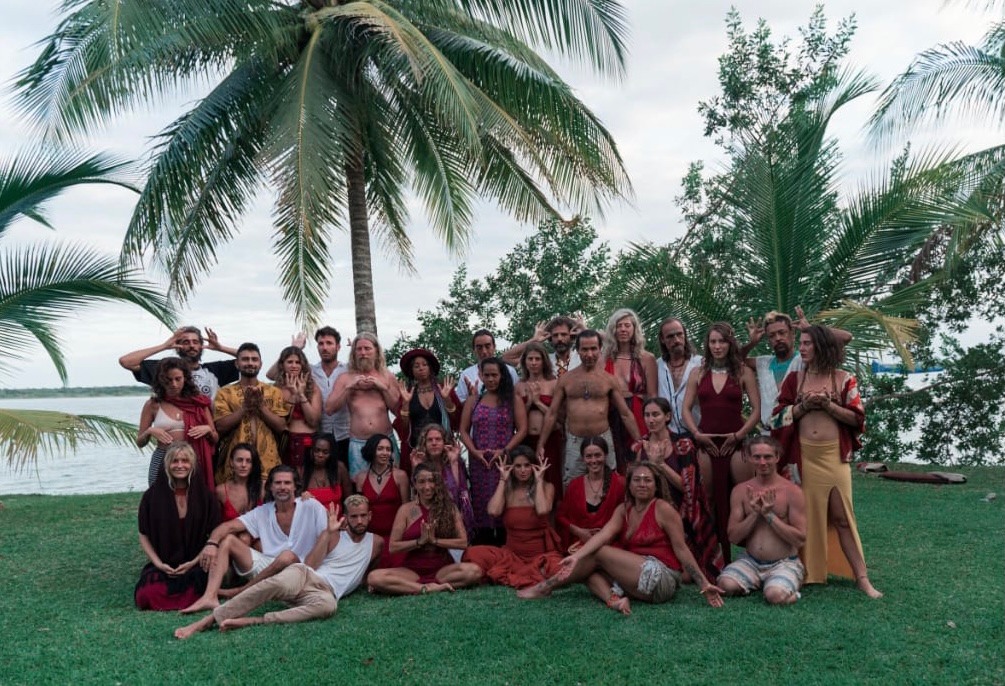 Join us for a week that will change your life

Discover how these ancient arts can help you live a fuller, more inspired and happier modern life, being the best version of yourself. Come connect, fall in love with yourself by healing and connecting with others. This retreat is designed to help you release all that has been holding us back and create a new sense of being anchored in truth, love, creativity, joy, and power.

Tantra does not intend to escape to heaven, but instead to bring heaven to earth

As a direct path of connection to the spirit within us, Tantra supports the release of guilt, shame and fear that prevent us from fulfilling our purpose and living a life filled with joy

The word Tantra is derived from the Sanskrit root “tan” which means to increase, expand or stretch, and tantra means to weave, loom or weave together, therefore, it can be said that it means that we increase as we unite, that we expand as we integrate. Tantra is a path to embodied bliss. It is a path of yes. Tantra is a practice that includes everything. It does not exclude anything. 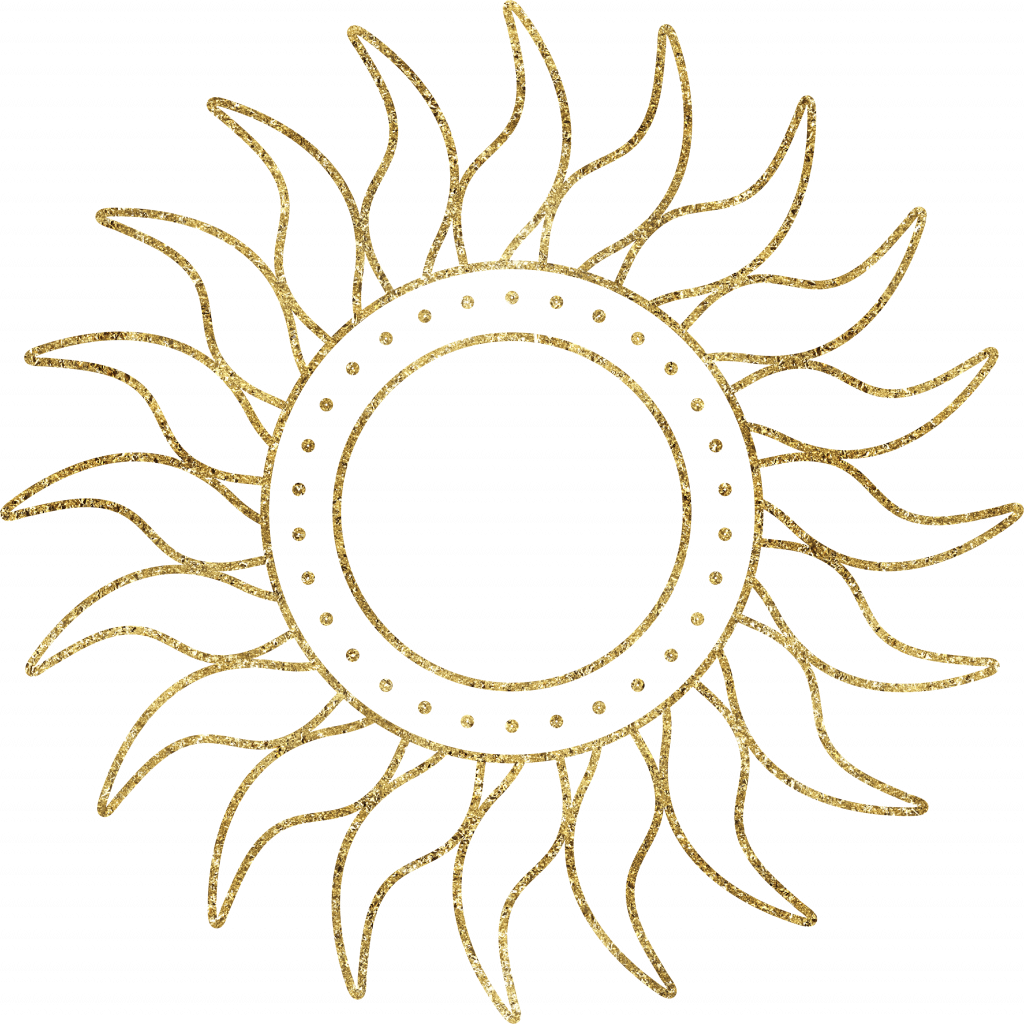 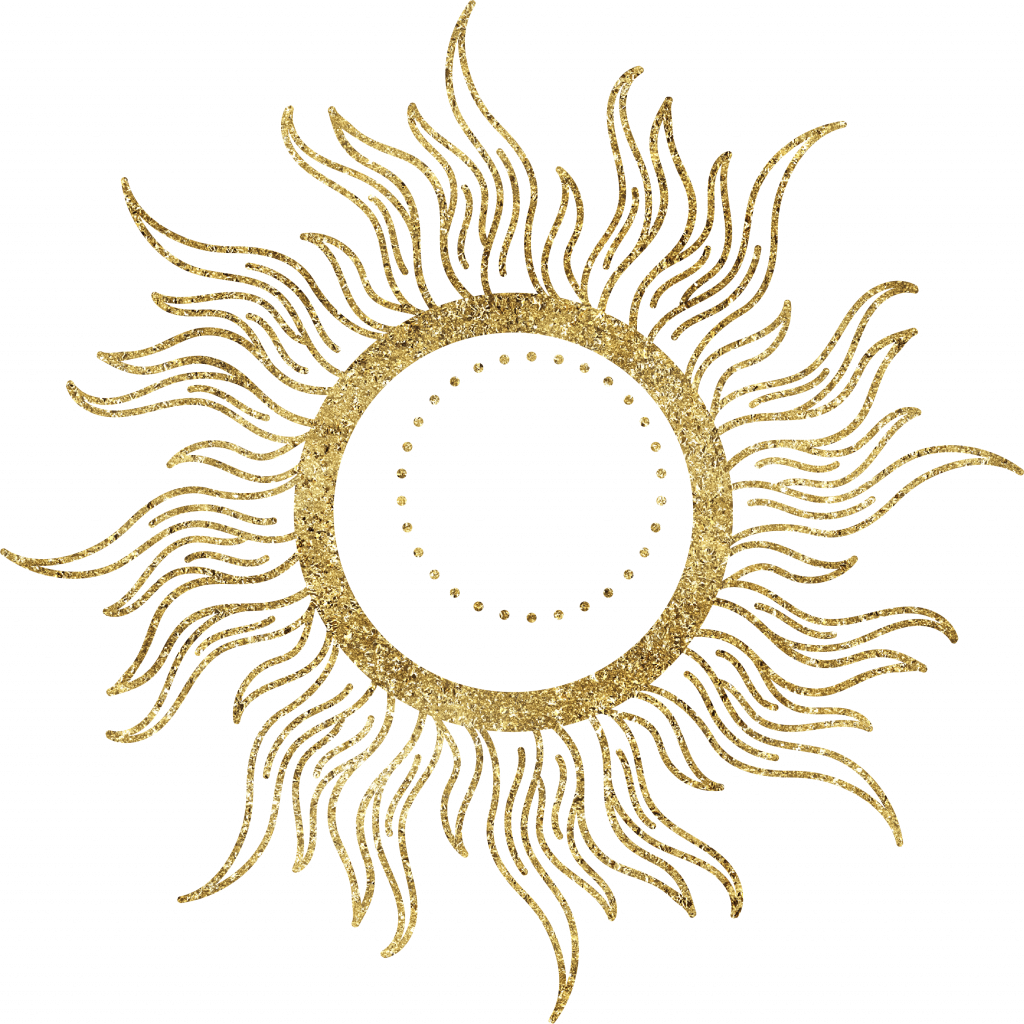 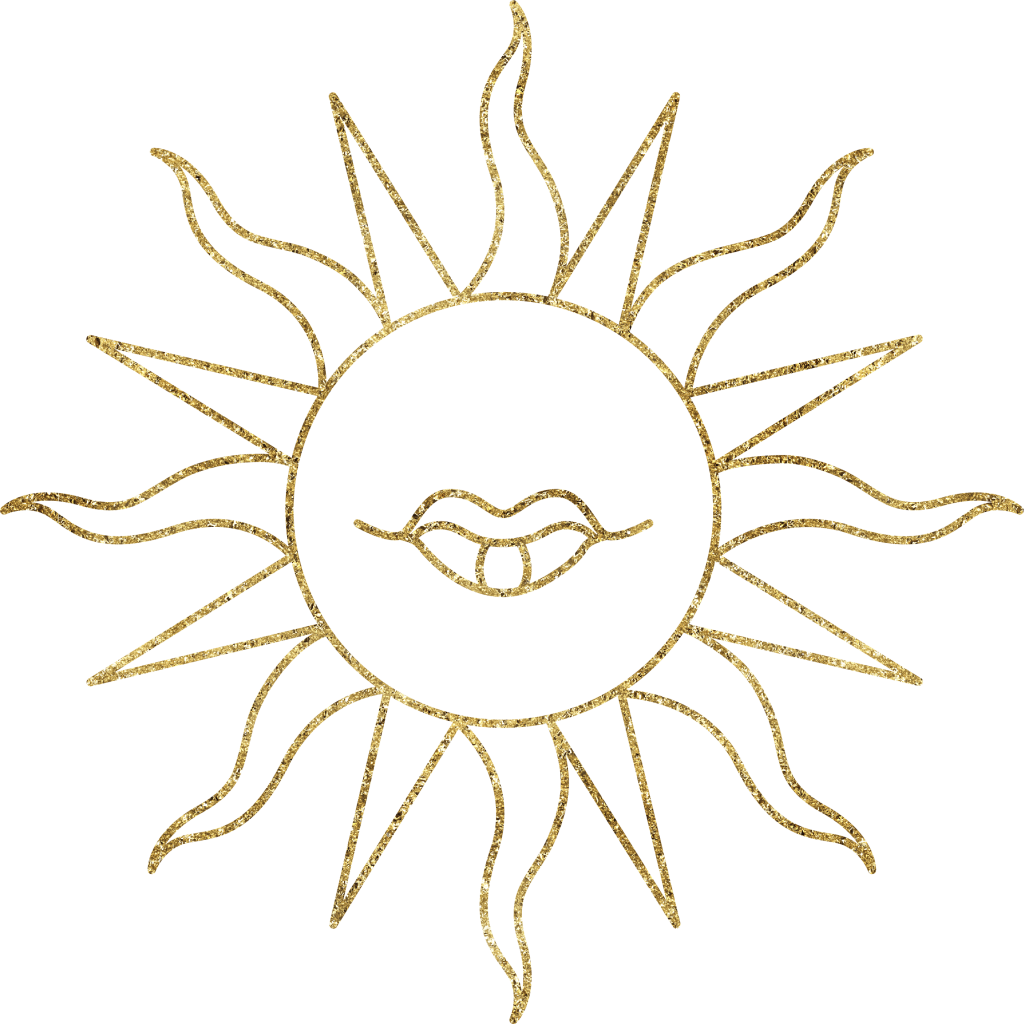 What is Water Therapy?

The original water therapy it’s called Janzu “The Pacific River” or Watsu, water massage, Aquatherapy, Water Rebirth Massage or Aquahara. It has many names. The difference mainly depends on the therapist’s approach. Fundamentally the body it’s cradled on the water, relaxed with specific movements until it starts to get loose.

This gently unblocks all tensions finally allowing the body to: let go of tensions, pain, blocked emotions, energy and resistance.

Sometimes this deep state of relaxation will move your consciousness to travel into other places and moments of life. Many experience traveling back into the womb allowing for the opportunity to reset, liberate, and be completely reborn. It’s a beautiful way of working with the power of letting go, trust, learning to flow and receive. Letting oneself be guided through total confidence into water in an active, physical and dynamic  meditation practice. Working through, and making conscient  emotions, memories, thought patterns, body response, as well as opening to inner visions, realizations, healing and deep relaxation.

Water is very  powerful,  and help us dive deeply inside and feel the love around and inside of us.

Take A Peek Into Past Retreats

Manifest The Life You've Been Dreaming Of

Transmute old patterns into the fuel you need to reclaim your inner creativity in 2022! 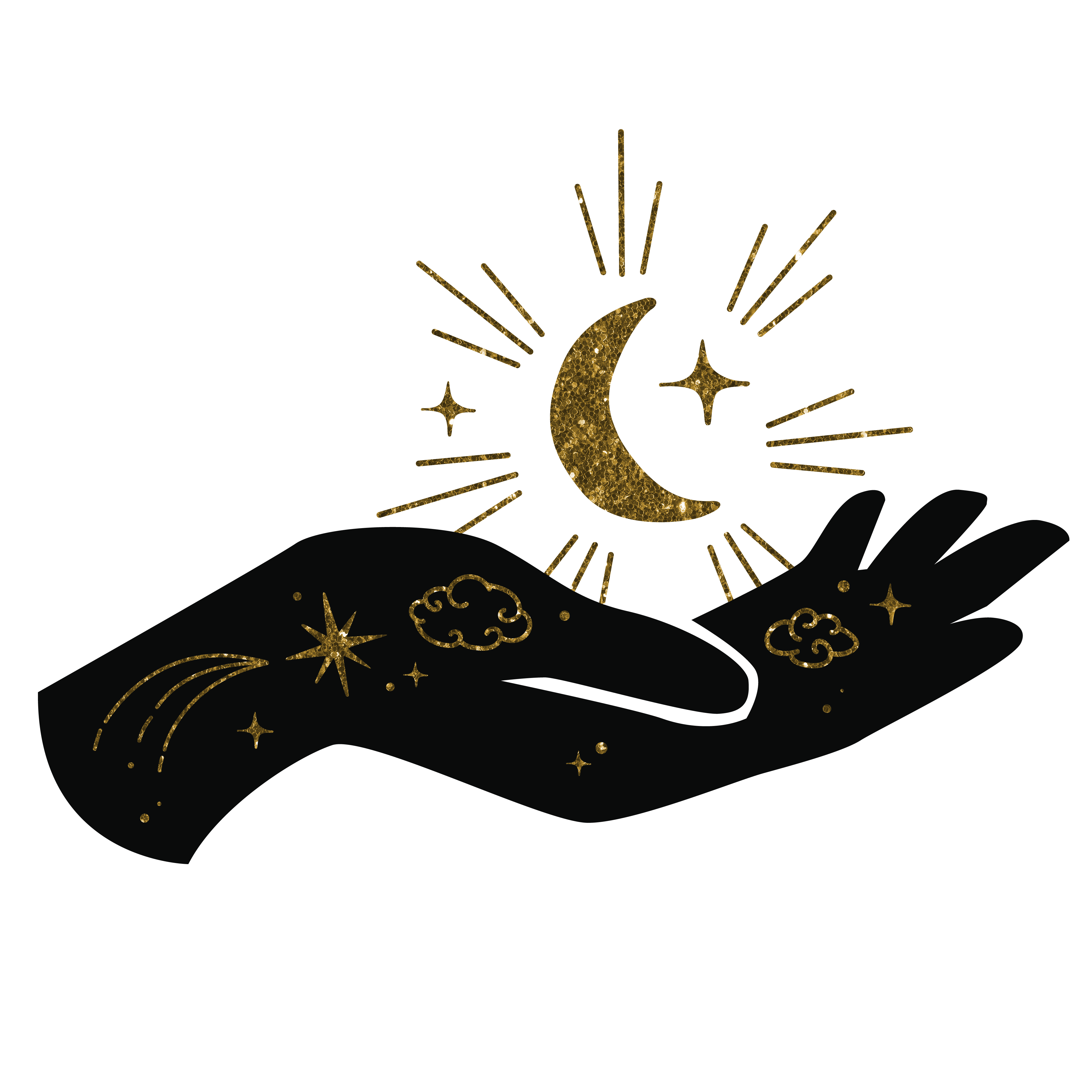 Mariposa (Cristina Alcalde) was born in Chihuahua, Mexico, where she was raised until she was 18. She was born into a family of vegetarian yogis, where spiritual growth was and is held as the most important personal achievement.

Her yoga practice began from the age of ten, when her Mama would take her to the classes she was teaching. When Mariposa was 18, she decided to leave home, to leave her comfort zone. She knew there was something else inside her, beyond what she had been told and trained to be. She went to New York City, learned English and became an independent designer for four years.

Realizing that she could make her dreams come true anywhere, she left the city to explore the world, especially South America and Asia Throughout her travels, she found herself as a mirror, reflecting the various cultures she would encounter. She began to communicate with ancestral plants and medicines that brought her back to her pure, source energy.

In 2017, she got her first 200-hour yoga certification and became a teacher. This led her to discover the studies of tantra and breathwork in Ko Phangan, Thailand. It was through breathwork that she realized she could access DMT, “the spirit molecule,” without plants and no longer needed them. DMT is what connects all life with source.

During her first breathwork experience, she was visited by the spirit of Prana, who opened her wings and bestowed her with her spiritual name: Mariposa. Realizing that all the answers lie within and nothing outside was necessary for transformation, she became free as a butterfly, or in Spanish, a mariposa. This was a true breakthrough and now she desires to bring these practices and this knowledge to the world. The blending of Breathwork, Tantra and Yoga is what birthed “Respira tu Amor,” meaning “breathe your love within.”

Born in México City, Brenda has resided in the Caribbean for the last 13 years. Throughout her life, she has traveled through the Mexican repúblic, learning and developing different massage and healing techniques from teachers around the world. She was officially certified as a massage therapist at 25 years old, and since then has been sharing therapeutic experience for over 15 years now. As a multi-dynamic teacher, Brenda is also a yoga teacher with a unique style combining a mix of hatha, vinyasa, pranayama, kriyas,  meditation, energy work, dance. With over 18 years of therapeutic experience, Brenda has worked with children, babies, pregnant woman, beginners, advanced, families and elders.  She has also developed a personal approach to water and massage therapies through experience and intuition, focusing on a patient’s unique needs. Always have been sensitive flexible and sensitive to the practitioners and patients needs and desires. Her healing inspiration is nurtured by techniques coming from different schools like Ayurveda, Classical Massage Therapy, Water massage, Biomagnetism and Reiki. 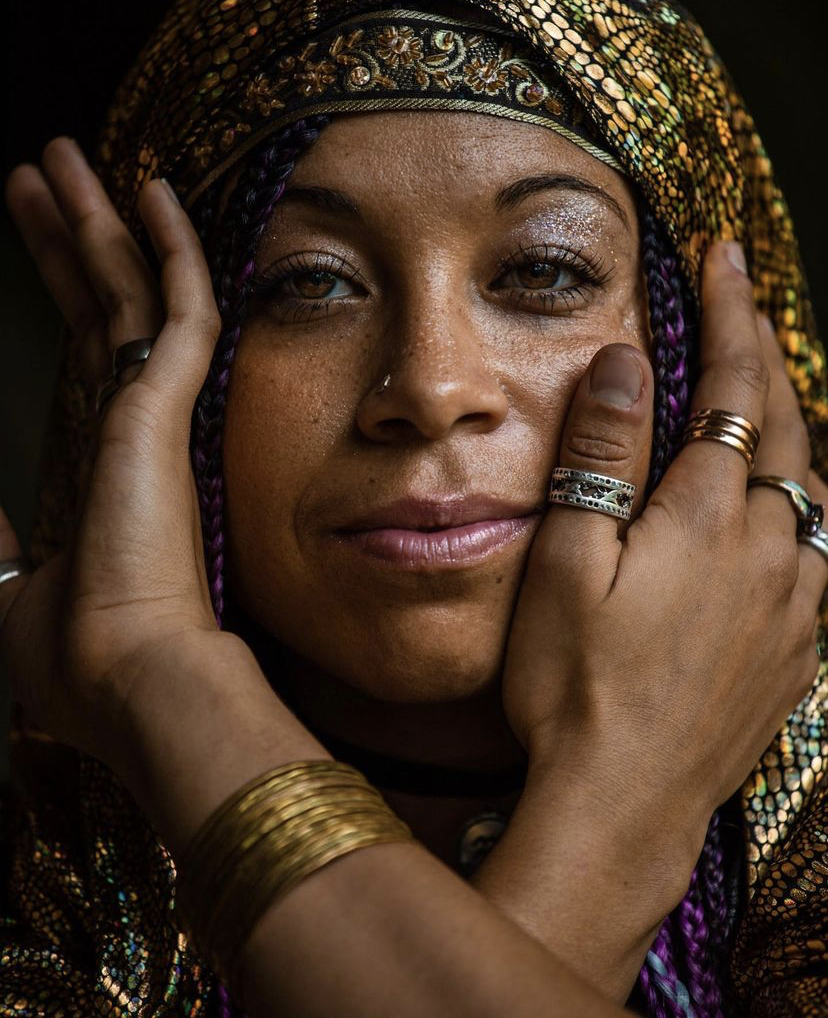 LeeLee is a powerful shamanic body worker and sound healer. She has experience facilitating thousands of heart centered containers. From dance journeys and workshops to ceremonies and one-on-one bodywork, she is honored to be activated on her path as a Sacred Space Holder. LeeLee Shines with an open heart and purposeful prayer to be a catalyst and reflection for healing, awareness, embodiment and intimacy.

Adelaida was born and raised off the grid by counter culture hippies in the mountains of Northern California. Growing up in a Buddhist family, meditation has always been a big part of her life.  At 17 she moved to Germany and has been nomadic ever since.

Adelaida is passionate about healing and integration of the emotional, physical and spiritual bodies, and a quest for deeper understanding of these practices has shaped the scope of her travels. She has been a professional massage therapist and energy worker for over a decade and currently pulls from Thai massage, Mayan abdominal massage, somatic release, conscious touch, womb de-armoring and Reiki.

She is trauma informed, and a certified postpartum doula, yoga, breathwork and meditation teacher, and massage therapist. Thirst to deepen her practice led her to begin her tantra studies in Mexico in 2019, and it changed her life. She sees Tantra as a profound embodiment practice: tools to take spiritual concepts into the physical realm and live them in daily life. 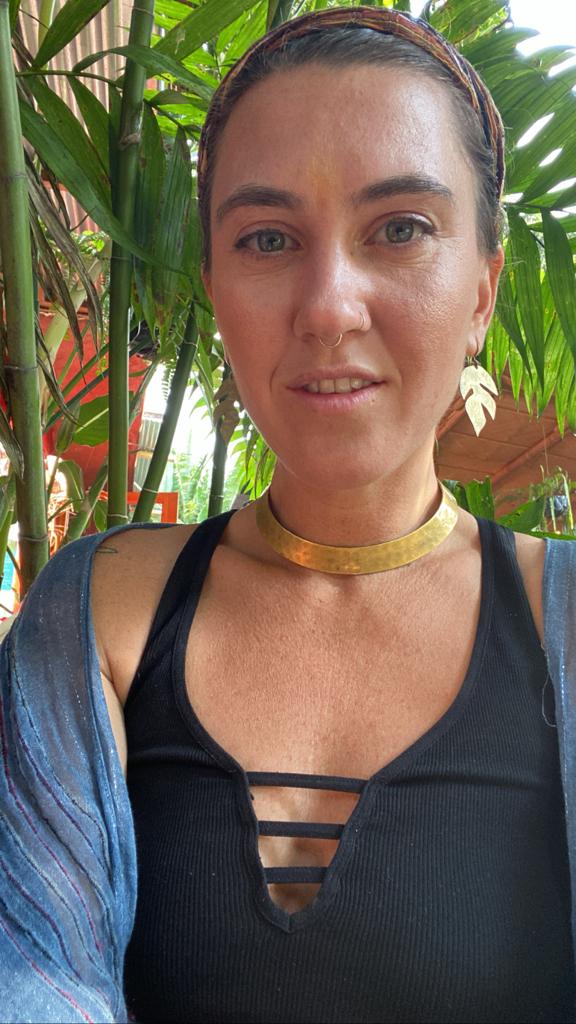 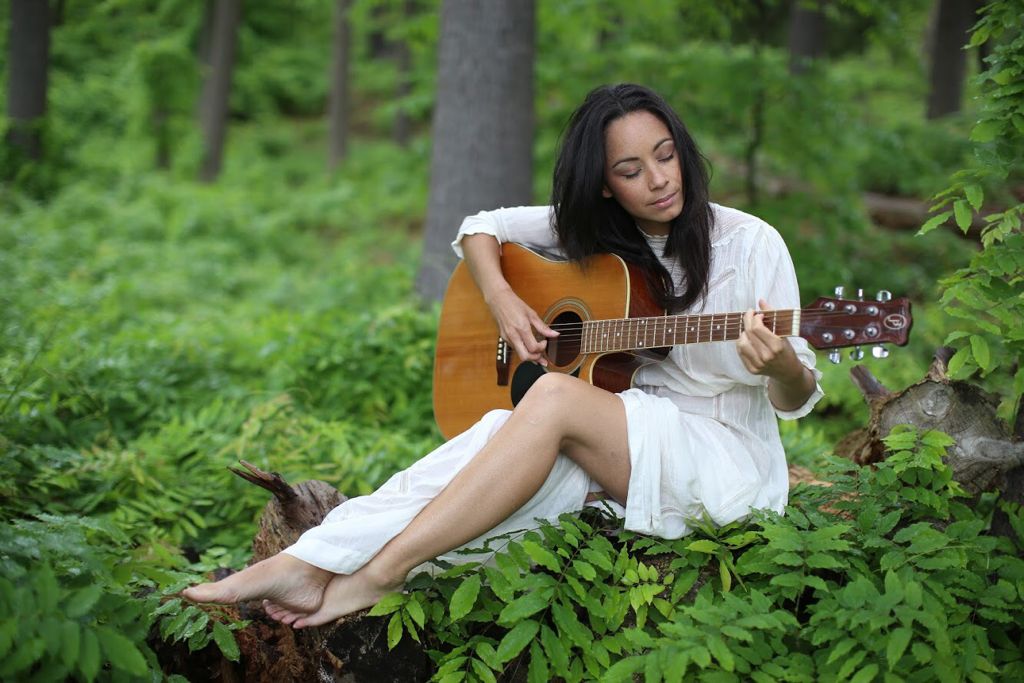 is an Australian & Trinidadian spiritual life coach and vocal empowerment coach, she is the founder of Live Your Highest Truth LLC, a transformational coaching company committed to lifting the vibration of the planet through coaching, workshops, retreats, music and media. She has a background touring the world as a singer and dancer for Prince, Chris Brown and Rihanna. She has appeared in commercials, tv and film, such as American and Australian idol, Moulin Rouge, Promising young women, Star Trek, American Music Award, BET Awards and Latin Music Awards. She has also produced and directed, various documentaries, films and music videos for india Arie and Prince.
She offers 1:1 private spiritual sessions, vocal empowerment lessons, programs and retreats. 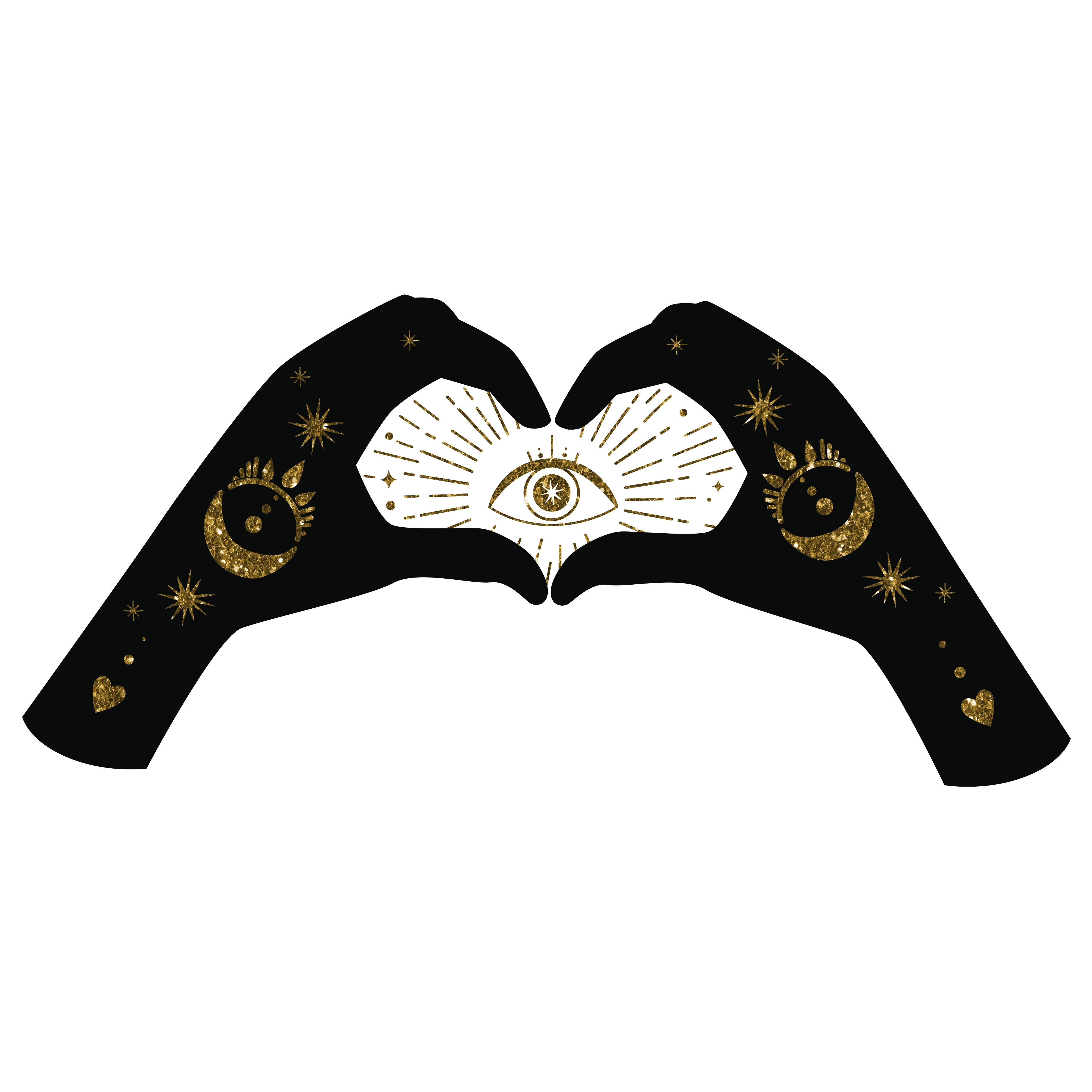 "Being able to heal with the bacalar waters and the tantra medicine really cracked me open and I feel today lighter, more at peace, more whole and in tune with my truth" 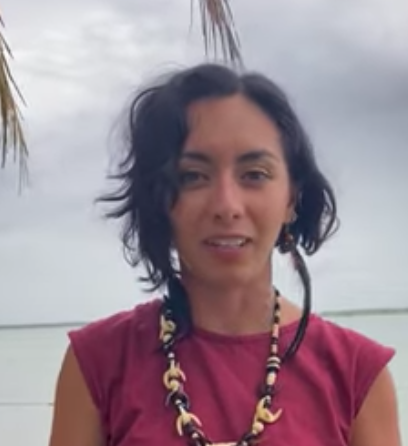 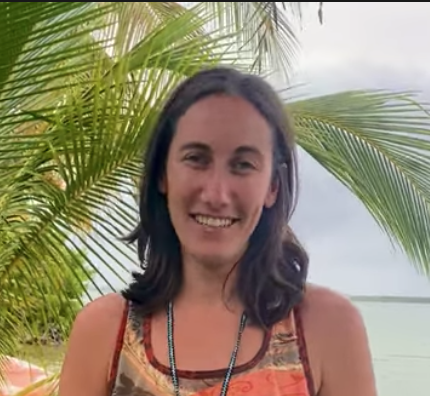 Ocean
Marine Biologist
"Water is such a subtle energy...that's what makes it so healing and combining it with tantra really allowed for me to drop into those subtle energies within myself" 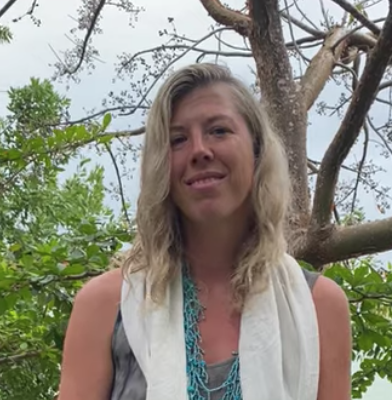 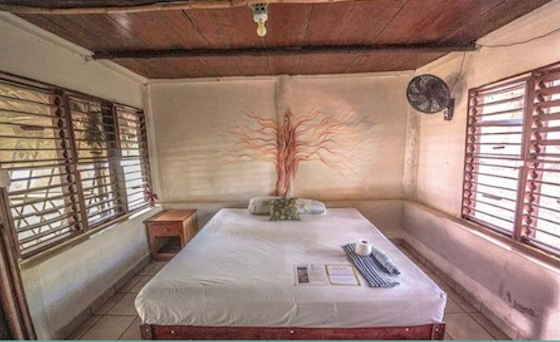 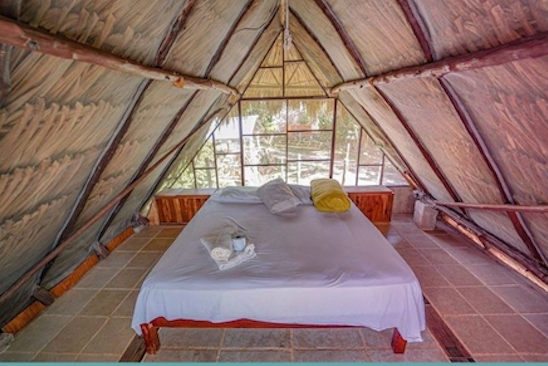 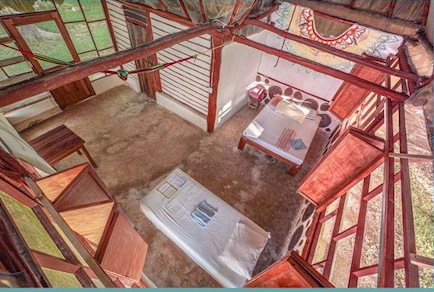 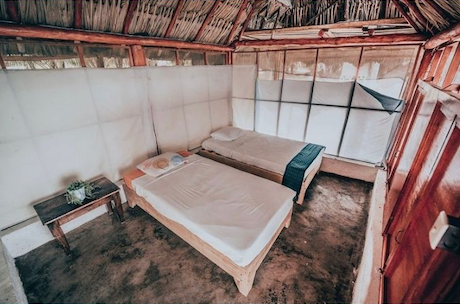 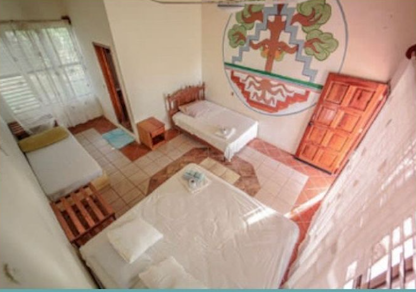 Camping Beside The Lagoon 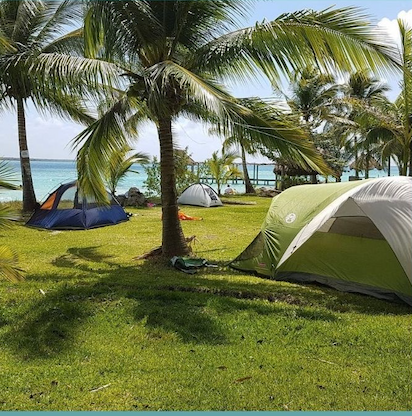 All packages include the entire retreat, 6 nights of accommodation and a vegetarian food buffet from the dinner of the 25th to the breakfast of the 3rd (transportation is not included)

After purchasing be sure to keep checking your email for any updates about the retreat (don’t forget to check your spam folder as well so that you don’t miss any important information!) 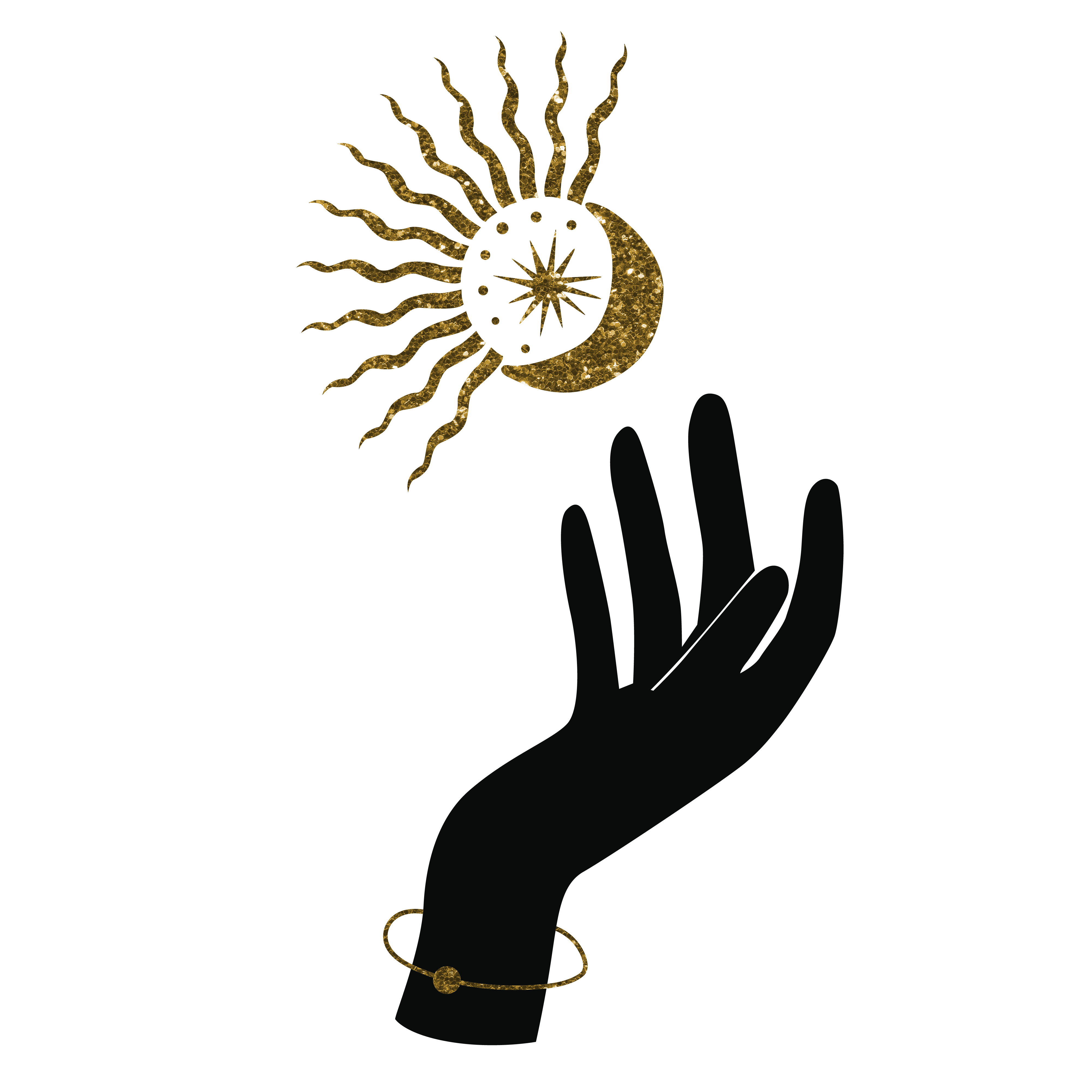 Please feel free to reach out to us if you have any questions or concerns about this retreat!

Transportation is not included in the retreat price, however we are happy to help you navigate how to travel to our location

Bacalar is the town where the retreat center is.

Option (1): Fly to Cancun Airport, which is 6 hours away from Bacalar. From there take a bus to Bacalar (ADO Bus Company ) it is around 6 hours. Be sure to arrive before 5pm, the Opening Ceremony is at 6pm and it is important that everyone attends. When you arrive to Bacalar, grab a taxi and tell them to take you to Cayuko Maya, which is the name of the Retreat Center. They know where it is, the taxi is going to charge around $200Mx.

May I come to the retreat alone or should I bring a partner?

You are most welcome with a partner, with friends or on your own! We will have a mix of singles and couples.

If I don't have a partner, can I practice Tantra?

In fact, any development always begins with oneself, self-development does not require a partner. So it is with tantra. There are many different types of tantric lines, including “right hand tantra”, where there is no touch or sexual contact. In this tantric line we work with the inner man and the inner woman, or Animus and Anima, each within himself. Tantra can also be practiced with someone who is not your partner. Keep in mind that tantra does not mean sexual practices or sex as some wrongfully still try to associate it with. There are many exercises in Tantra without direct physical touch, but still between two people. So many simple presence or hand-holding practices can lead into very, very deep self-transformation.

Are children welcome at this retreat?

No, the minimum age to participate in our events is 18 years.

Is there any required nudity at this retreat?

There are no workshops where you have to be naked, however there may be some where this is an option.

May I join if I am a beginner or very new to Tantra, Water Therapy, etc.?

Yes, absolutely! There is no limit for growth, expansion and learning more about oneself. all the   workshops are both beginners and more experienced.

Is Tantra only about sex?

Absolutely not. Tantra is mostly about spiritual and personal development where the sexual energy, sexuality and intimacy can be used as great tools.

What should I bring to the retreat? 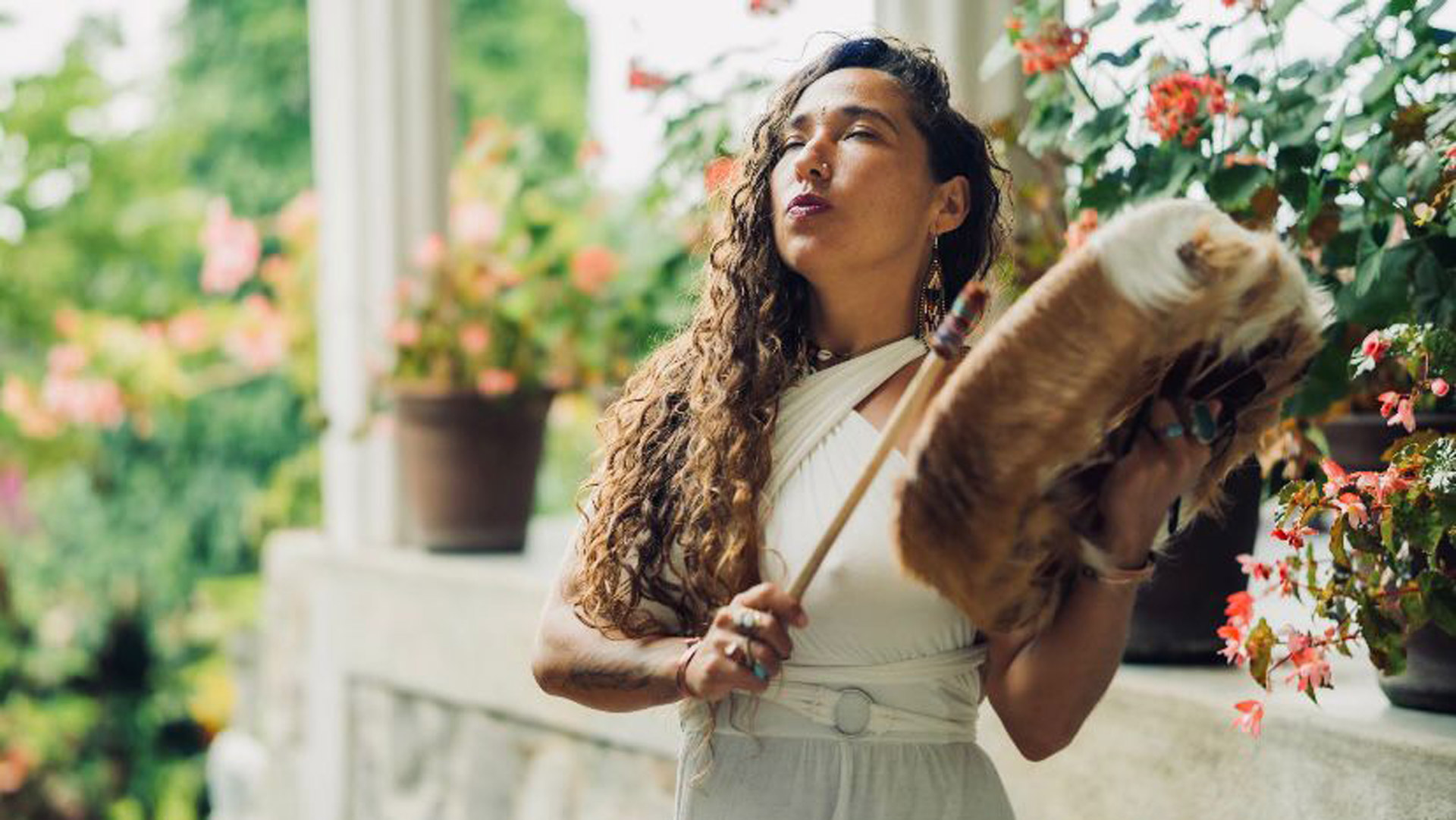 Ready to Embark on Your Journey?

Enter your email to receive updates on events, retreats and ceremonies around the globe.

Thank you for joining the "Respira tu Amor" newsletter. Keep an eye on your inbox for the latest updates.

Your privacy is important and your information will never be shared.